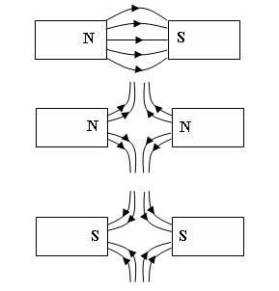 I had an interesting conversation with someone today – She had the hindu religious book, ‘The Bhagavad Gita’ lying in her office and that’s what started the discussion.

For those, who are not aware of what the ‘Bhagawad Gita’ is – It is an ancient hindu scripture that recites the conversation between Lord Krishna and his disciple, Arjuna in the battlefield of Kurukshetra. The teachings of Bhagavad Gita provide a practical perspective about living life based on ‘Karma’.

She told me, she was confused about which chapter to begin with. I told her my favorite chapters and said that, per my interpretation, Gita teaches us to spread positive energy and minimize the effect of negative energy in the world.

I told her that per my understanding, the entire world is sharing energy in one form or the other. Various creatures in the world, including human beings, exchange energy.

Per the law of conservation, energy can neither be created nor destroyed. It can be changed from one form to the other.

After the conversation, I recalled a lesson from my science book about magnetic fields.

I am sure we all remember that opposite poles attract each other and similar poles repel. I do not remember the exact scientific concept behind it! Philosophically, maybe the negative pole gets attracted to the positive pole because it sees something positive in it! 🙂

Once two magnets are connected through their opposite poles, a bigger magnet with a larger and better magnetic field is formed!

It’s important to take the positive from others to shed out the effect of our own negative field/energy, as long as we are alive. There is no point moving towards other negative energies or repelling from more positive energies!

Can we all magnetize and energize each other positively? Can everyone give up their egos, hatred, jealousy, anger and other negative energies?

Can we maintain the equilibrium (in our minds atleast) each second, each moment, each day?